KATHMANDU: The practice that was in trend till recently was that files submitted by service seekers used to be accepted in the analogue form and if any particular file was required for further reference at a later date, it was quite difficult to find out who had the file or where it was placed. This is a grim tale of Nepal Telecommunications Authority (NTA) – a traditional system that has now become a part of history.

“If the government or any individual wanted particulars of any file like the bandwidth purchase details or the dues of the telecom companies, among others, we had to either look for the file ourselves or try locating the person who had it,” shares Purshottam Khanal, chairman of NTA.

He reveals that there have been many instances when files have been misplaced or the person responsible for it was on leave or in a worse case, already retired. “The documentation process was in such a sorry state that it created problems for us on so many occasions. We realized that this could not carry on any further and decided to adopt a fully automated system at any cost,” he adds.

Khanal, who initiated the automation process at NTA and made it a fully automated organization, shares, “I decided to automate the system to help eliminate the problems that service seekers and NTA staff had been encountering in the past.”

When the system was implemented, NTA started providing digital signature to all the concerned people and officers of all departments so that they could verify their own statements or any minute of any case, states Khanal.

“Now all the employees, excluding the lower-level staffs, can work from home or abroad or any place they want to. Even during such a crisis due to the pandemic our work was never affected by the lockdown or any other cause,” he mentions.

To better manage things NTA has drafted a guideline and the concerned department heads are liable for any kind of misuse or task error.

Previously, there used to be staff to carry the files or documents to the concerned department and the work procedure was so slow that it would at times take a week to get things done. Now, it happens within seven minutes.
The system now is such that if there is any pending work then the automation software starts blinking on the concerned person’s computer screen as a reminder. If the work is still not done on schedule then the incident is directly linked to his/her work performance. 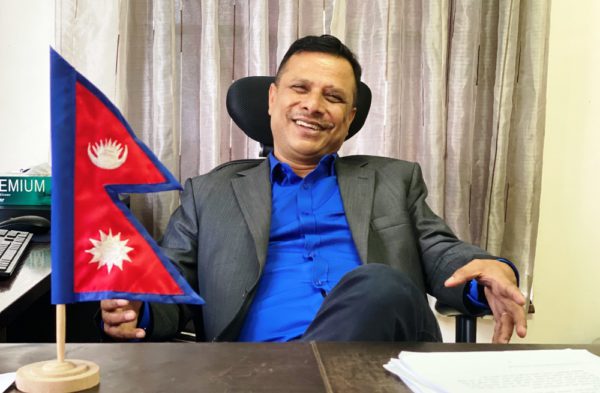 At present, NTA has been requesting service seekers to send their documents or queries through the online platform. The authority plans to provide access point interconnection to service providers which will allow them to know the status of their files or with which concerned person or department head their work is pending.

“Since there is no paper work involved it helps us not only save on our general expenses but in a way we are also contributing to a greener world,” says Khanal.

“We can proudly state that NTA is the first government entity to have a fully automated management system,” he says, adding that they have received plaudits for their work from other government agencies including the Office of the Prime Minister and Council of Ministers. “In fact, we have been receiving requests from other government offices to help them automate their systems too,” Khanal states.

“The only challenge that still remains is regarding data security and we are holding talks with NIDC to rent their space to build our own data center,” he says. “This will help us secure our data.”