According to the concept of ‘Digital Nepal Electricity Authority’, the old system of power distribution has been upgraded and the new smart grid has been expanded.

The power utility has stated that it has advanced the smart grid system to modernize the power sector of Nepal by introducing the latest technology that has been adopted globally to make power generation, transmission lines and distribution system reliable and timely.

Speaking at a webinar organized by the Society of Economic Journalists Nepal (SEJON) today, NEA Acting Managing Director, Hitendra Dev Shakya, said that work has already started by promoting the concept of smart grid system for quality and reliable energy.

According to Shakya, the authority has moved ahead by digitizing its infrastructure and services. “As soon as we install the smart grid system, we will be able to provide quality electricity service to consumers and NEA’s system will also be strengthened. We are modernizing the entire system of NEA, including, transmission lines, distribution and load dispatch centers and power generation,” he said.

After implementing the smart grid system and modernization of NEA, the overall system of transmitting electricity to households can be accommodated within a detailed framework of the power utility.

Emphasis has been laid on modern technology in the construction of physical structures, and work including installing smart meters in the houses of the general consumers has moved forward at quite a rapid pace.

As per Shakya, the authority is working to make all its directorates and offices state-of-the-art and technology friendly (digitized NEA) mainly as per the master plan of the government and the NEA itself. The government had brought the concept of ‘Digital Nepal Framework’ two years ago and included the smart grid system to be immediately implemented to achieve sustainable development.

Speaking at the program, Mukhtor Khamudkhanov, Country Director, ADB Nepal Resident Mission, said the electricity generation, transmission and distribution assets in many countries are now aging for which major upgrades (both in terms of qualitative and quantitative terms) are required. And the situation is the same in Nepal too.

“So, there needs to be equal focus on upgrading aging electricity infrastructure, as well as expanding new infrastructures to meet the increasing demand for electricity and shifting consumer preferences,” he mentioned.

Khamudkhanov added that at the same time, technological change, imbedding digital and communication technology in a traditional power system in the form of smart grid, is outpacing both infrastructure capabilities and policy development. As a late mover, Nepal is in a unique position to benefit from technology leapfrogging and embracing the latest smart grid technologies to address new challenges faced by NEA. 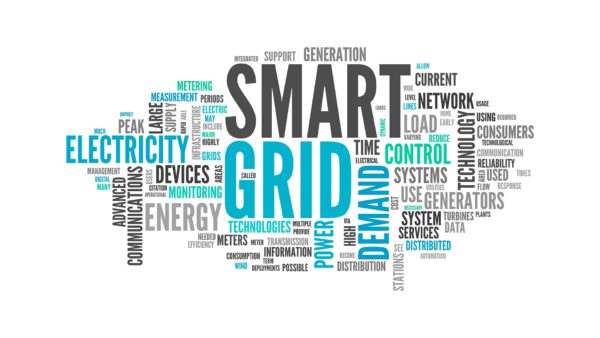 Similarly, Jiwan Acharya, Principal Energy Specialist, ADB’s South Asia Department, said that the electricity generation, transmission, and distribution landscape is changing drastically worldwide. The traditional model of generating electricity in large power plants and transmitting it over large distances before distributing it locally to end-consumers is no longer sufficient.

Acharya said, “Smart grid is the new mode of electricity distribution. It is a combination of modern power system technologies , power electronics, ICT, services, and regulatory structures, which enable sustainable management of environmental impacts in the power sector.

ADB is also providing assistance in the development of smart meters under the Power Transmission and Distribution Efficiency Project in Nepal. This will help reduce the leakage of electricity, help in peak load management and provide cheap electricity.

Moreover, there will be property management, large scale smart meters, cost reduction and reliable supply of electricity, less power cuts, less need for diesel generators, save money and provide other benefits to the consumers.

Speaking on the occasion, NEA Deputy Executive Director, ManojSilwal, informed that smart meter connection and power lines are being laid underground in Kathmandu Valley as per the concept of smart grid system.

The survey work of the customers who fall under Ratna Park and Maharajgunj distribution centers has been completed and meter connection work has been started and about 15,000 smart meters have been connected so far, said Silwal.

NEA, with the support of ADB, is currently expediting the connection and distribution of smart meters to consumers through Ratna Park and Maharajgunj Power Distribution Centers in Kathmandu under the ‘NEA Digital Campaign’.

NEA has stated that smart meters will be provided to 100,000 customers in the first phase. “After the success of this scheme, if there is any problem, we can identify and resolve those problems immediately from the office and at a time,” said Silwal.

“If we adopt the smart grid system, we can reduce the operation and management cost of the office, and at the end, it will benefit consumers as well as the authority by lowering the cost for purchasing electricity,” he informed.

NEA is moving ahead with the work of replacing about four million old meters in Kathmandu Valley and installing new smart meters with the concessional loan of ADB.

Speaking at the webinar, Pushkar Manandhar, Senior Project Officer at ADB, said that ADB has provided assistance worth $792 million which are highly focused improve the energy sector performance through expansion and augmentation of all segment of electricity value chain, that is Generation, Transmission and Distribution.

“We continue to support aligning with ADB’s energy policy and Nepal’s energy and water resources policy and priorities on how to make Nepal’s power sector more reliable, efficient and sustainable,” Manandhar said, adding, “We have been working with the government of Nepal and NEA to support its journey toward smart grid which is now crucial to address NEA concern like Increasing power transfer capability, increasing transmission & distribution efficiency, rapid fault detection and recovery capability, optimal utilization of available infrastructure, closer customer engagement through use of smart meters and more penetration of environment friendly renewable energy resources like solar and wind energy.”

Speaking on the occasion, Vinit Mishra, Director at Technology Consulting and Associated with E&Y, said that many countries of the world have already adopted the smart grid system and Nepal could greatly benefit from this.

According to him, the implementation of smart grid system will not only make the operation of the energy system reliable and efficient, it will also make it easier for customers to pay their electricity bills and get complete information while service providers will be able to get customer information instantly and solve any problem immediately.