He is a simple man with tonnes of experience in handling even the most complex situations with ease. He has looked after one of the most dynamic organisations of India, the Tata Group, for more than two decades.

His philanthropy deeds are well known and appreciated around the world. He is a billionaire but doesn’t boast about it and believes that treating all people equally must be the aim of humankind. He is Ratan Naval Tata, the charismatic leader whose name resonates with almost the entire Indian populace and sparks sudden comparisons with his glorious success that is yet to be scaled by anyone else.

The majestic businessman, born in 1937 in the present-day Mumbai, was an introvert by nature and therefore not a fan of lavish parties and large group interactions. He had a financially strong family background but faced a grave personal setback when his parents parted ways and got separated. His grandmother decided to look after him when the situation deteriorated further and the sumptuous Tata Palace became his cradle.

The disheartening blot in childhood did hamper his confidence but couldn’t stop Ratan from becoming a smart and clever student who went on to get a bachelor’s degree in Architecture from Cornell University in 1959. Someone who would have his dinner with only a few closed ones because of his shy nature would have never imagined the kind of future that awaited him which would demand exactly the opposite of what he was.

Upon completing his graduation, he was offered a job in International Business Machines Corp. (IBM) but due to the poor health of his grandmother, he declined it and returned to India. This decision gave way to a new chapter in his life as he started working in the Tata Group, in 1962, as a blue-collar worker in the Tata Iron and Steel Company (TISCO). With years of hard work, he presented his capability as a worker of utmost efficiency while earning experience of a lifetime.

It was in 1971 when Ratan Tata’s abilities were put to test. He was made the in-charge of the National Radio and Electronics Company Ltd. (NELCO) which was going through a very rough phase. He was at it, trying his best to contain the losses of the firm and turn it around.

The path to recovery was difficult but the youngster’s willpower was not willing to bow down as he did all that he could to save the firm. Though he almost pulled the company out of stress, India’s social environment- more precisely the emergency of 1975- combined with the poor economic condition played the spoilsport and pushed NELCO back to the corners of shutting down.

He then left for the Harvard Business School where he became a part of an Advanced Management Program to learn more. When he came back, another daunting task was waiting for him. This time it was the Empress Mills facing the heat of a financial crisis. Fresh from a failure, Ratan was ready to put in double efforts to bring the company out of misery.

His continued attempts to revive Empress Mills didn’t go waste and he was able to save the ship from drowning. But the colours of joy were short-lived as an investment that Ratan thought was essential to sustain the organisation wasn’t approved which led to its unprecedented shutdown in 1986. He was heartbroken while others were quick to point guns at him putting the sole blame of the failure on his shoulders. Many believed his career was done and dusted.

A leap of faith

In 1991, when India was facing a Balance of Payment crisis, the biggest event of Ratan Tata’s life was taking shape. JRD Tata- head of the Tata Group- left many stunned and shocked when he unexpectedly announced Ratan Naval Tata as his successor.

A wave of unhappiness ripped through the veterans of the group when they learned that a man who failed on two previous occasions was chosen ahead of them. In one stroke he was made the head of India’s biggest business group. The bitterness among employees was visible when many of them attacked the new head publicly and expressed their displeasure. 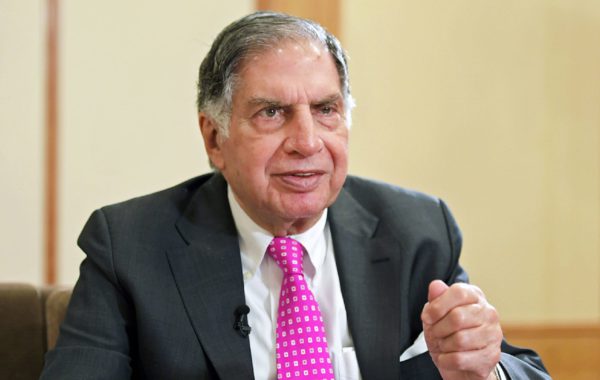 A huge leadership challenge awaited Ratan that was to decide whether the baton was passed to deserving hands or was there a scope of change. Most of the experts believed the latter would be true and that JRD Tata had taken the first wrong decision of his life.

Contrary to the expectations that many had from him, Ratan Tata was successful in turning things around for the Tata Group as he took many bold decisions. Firstly, he fixed the retirement age for directors and business heads thereby infusing young talent and creative ideas into the various arms of the group.

He injected new technologies that attracted foreign investment which was in line with the Liberalisation and globalisation reforms of 1992. It was under his guidance that Tata Motors got listed in the New York stock exchange bringing international recognition for the company.

He was also successful in starting the ambitious Tata Consultancy services and acquiring the car brands, Land Rover and Jaguar, and bringing them to the Indian markets under the banner of the Tata Group. He was determined to take the group to new heights by carefully assessing the future dynamics of the business environment of India.

He blended experience with technology and young talent which yielded benefits for the firm, in the long run, making it more competitive. In 2000, Tata Tea acquired the British tea maker ‘Tetley’ aiming at improving the supply chain abroad by making use of the well-established distribution network of the famous British company. In the same year, the Government of India recognised his efforts towards Nation building and conferred him with the Padma Bhushan.

Though the Tata Group excelled in all spheres under Ratan Tata, the growth amassed by the automobile sector under him was quite astonishing. He read the Indian buyer’s mind carefully before launching his brainchild car ‘Indica’ which was touted to be the ‘truly Indian car’.

The critics were always waiting to dismiss all his new ideas but he had made a habit of proving them all wrong. Be it Indica or any other deal of his, the critics were forced to accept defeat. From Rolls Royce to Fiat SpA to the Mitsubishi Corporation, Tata was connected to all in some or the other way.

He knew that the Indian middle class was a market opportunity waiting to be tapped and so he decided to launch products that were affordable for the masses. Keeping this in mind, the ‘Nano’ car was conceptualised by Tata and was launched at a price of just Rs.1 Lakh. It may not have had the longest of runs but it surely made producers think of launching cars at a price that was easily payable by an average Indian.

It is often said about businessmen that they are only concerned about earning profits. Though it cannot be entirely denied, Ratan Tata has a somewhat different approach. He regularly gives cheques to charitable institutions working solely for the betterment of the society.

Similar institutions own more than two-thirds of the Tata Group which in itself is a sign of the organisation’s commitment towards the society. During the vicious attack of 26/11 at the Taj hotel in Mumbai, Ratan Tata personally overlooked the assistance being provided to the victims.

Later, he made sure that the families of the staff who were killed or injured were provided all kinds of relief and met all of them to show solidarity. If ever a list of the most generous businessmen would be made, Ratan Naval Tata’s humility would surely get him the top spot.

Till 2012, when Ratan Tata announced retirement, the brand ‘Tata’ was not being run by a man but a brand itself. His conscience was clear which was reflected in his deeds. The man who had a restricted nature was faced with consistent challenges in life and career but he stood up to them and fought a tough battle to successfully lead a business organisation as big as the Tata Group.

He remained calm in times of stress, humbly accepted failures, and delivered results that were hard to imagine. Criticism was his strength for it allowed him to introspect even deeper and come back with more efficient ideas for the general public. Dirlers.com