The COVID-19 pandemic and subsequent measures imposed to contain the spread of the pandemic brought the economy to a standstill for several months as economic activities were halted completely. Of late, business activities have resumed gradually with falling coronavirus cases in the country. However, it is certain that the impact of the pandemic on country’s economy will last long. Stakeholders of the economy, including the private sector believe that Nepal’s economy recovery will take at least two years. Against these backdrop, Fiscal Nepal caught up with Dr. Dadhi Adhikari, an economist, to know how country’s economy should cope the situation and other details. Adhikari is also the director of South Asian Institute for Policy Analysis and Leadership (SAIPAL), a Kathmandu based think tank. Excerpts:

What is your view on Nepal’s economy, which has been beset by the COVID-19 pandemic?

Data show that there has been gradual improvement in Nepal’s economy since 1990. For example, after 1960 it took almost 48 years for per capita income of Nepalese people to increase by double. But, afterwards, it took only 15 years to double the per capita income. This speaks of the fact that despite political instability and the lack of good governance, Nepalese economy bore some positive signs of growth. We can say that quantitative improvement in the sector of education, health and infrastructure; inflow of remittance and case transfer to marginalized sections of society were some of the important factors influencing positive growth of the economy.

Unfortunately, global pandemic COVID-19 has rendered a severe blow to Nepalese economy, which is now in reverse gear. Nepalese economy witnessed a negative two percent growth rate in the last fiscal year as declared by the government. More people have been rendered jobless. Tourism industry remains paralyzed. People will still have to wait for some time to be employed.

The pandemic seems to have subsided, yet woe of the poor and marginalized people is only getting worse. Even as the country is going through the worst economic crisis, party leaders seem to be least bothered as they are engaged in political wrangling.

Due to political instability the executive is not able to discharge its duties efficiently and that is sure to negatively impact the entire economy of the country. COVID-19 and political instability have resulted in a sluggish economy. This in turn has led to reduced revenue generation, reduction on capital expenditure and reduced quality of governance.

Crises and disasters are unpredictable. How should a state respond and tackle such a situation?

A developing country like ours does not yet have a sound early warning system. Besides, as you said disasters are not predictable. Advanced countries have a system in place to tackle a disaster situation.

For example, cities have their own evacuation plans in the event of earthquake or fire. You might have watched video clips of Barack Obama and Bill Gates (aired during COVID period), who had predicted a pandemic like COVID-19, long before and had urged for necessary preparatory measures. Such predictions were not based on any guesswork or trick employed by fortune tellers, but were deduced by studying the history of the earth and disasters that surfaced on earth in the course of evolution of homo sapiens.

In order to cope with a disaster, a country should have institutions that regularly carry out scientific studies about possible disasters and their impacts. For example, what is the possibility of greatest flood incident in the Bagmati River and forest fires in Chitwan National Park? Next, we need to study: what type of damage will the disaster cause? Who is at the highest risk of the disaster and what can be the best evacuation plan? Based on the studies a clear plan to tackle a possible disaster should be developed and the procedure to implement the plan should be routinely exercised. It is like fire drills that city offices in developed countries practice to control fire accidents.

There are other three key factors that are crucial to tackle a disaster: data, clear work division and financial resources. It is wise for a state to develop a data-base system of its citizens. There should be clear legal and procedural provisions stipulating duties and responsibilities of stakeholders at the time of disaster. Budget should be allocated to provide relief aid and to restore the situation in the aftermath of a disaster.

The country woke up to the harsh reality that during the COVID-19 crisis, it severely lacked in terms of disaster preparedness. We were behind in terms of study, analysis and prediction. We didn’t have adequate PPEs! We do not yet have a scientific system for distribution of available health equipment and drugs.

Our Disaster Risk Reduction and Management Act, 2017 has ambiguities. Municipalities did a commendable job during COVID crisis, but there were weaknesses as well, mostly in the distribution of relief materials to the poor people and in the quality of quarantine centers and in the issue of governance.

How do you assess government’s response towards recovery of the economy?

Government’s initiative towards the recovery of the economy is not satisfactory. As per the government’s estimate, COVID-19 has pushed additional 1.2 million people below the poverty line. In fact, the number could be much higher. Sadly, the government has no concrete plan yet to bail those people out of poverty.

The worst part, the government has been selling the lie that the country’s economy is on the right track merely based on the remittance flow, and improved status of import-export data, which is momentary. Country’s poor economic health is exemplified by the negative growth rate recorded in the last fiscal year. We should not forget that people spent almost 91 percent of their income on consumption during COVID period. That means, even if the economy shows some signs of growth, that is momentary and unemployment will continue to persist in the absence of any intervention measure.

The government introduced some packages in its budget last year for industrialists and entrepreneurs. But those packages remained unimplemented due to bureaucratic hassles. The fiscal budget had nothing for the common people. The government needs to introduce relief package to ease the daily life of common people and programs aimed at massive employment generation.

It is the responsibility of the government to generate employment for the time being through public resources and programs, and to ensure the livelihood of the poor and marginalized people. It has failed to fulfill its obligation. The government and the bureaucracy seem to be rather interested in the procedure to finalize deal on mega projects, which is not the need of the hour as the country lacks financial resources.

The government often sets ambitious target to achieve double digit economic growth but misses it every year. How realistic is the growth target?

It is unrealistic to assume that a government meets its all growth target. Accuracy of forecasting is determined by factors such as quality data, on which the target is based; skill of the experts, model used for forecasting, and assumptions made while forecasting the growth rate. Besides, prediction of economic growth rate is a matter of political economy, to some extent. Therefore, government tends to exaggerate its prediction of economic growth, which may be considered natural to some extent.

The Ministry of Finance is busy preparing budget for the next fiscal year. What should be the major agendas/focus of the upcoming budget?

Since the economy has been shattered by several factors, most prominent being the COVID-19, the upcoming budget should prioritize programs targeted to the poor people including those who have lost their jobs. Besides, the budget should include programs for massive employment generation and program to vaccinate all citizens against COVID-19. This requires allocating budget to local levels and introducing programs for their capacity building. A mechanism should be developed such that the poor people have cash in hand and local levels can act as appropriate conduits. This helps for poverty reduction.

Programs such as Food for Work can be devised and implemented. The government needs to introduce time bound program to revive the tourism industry. There is no point of the government rushing for mega projects without first ensuring basic amenities like food, medicine and education for its people.

During COVID-19, it surfaced that our internal supply chain is not effective. For instance, on the one hand farmers dumped vegetables in the absence of market on the other hand huge amount of vegetables were imported from India. The government needs to introduce program to mange supply chain in a scientific manner. The relief measure and facilities introduced in the previous budget for the small, medium-scale and large industries should be continued. I firmly believe that the upcoming budget should incorporate these programs. In the meanwhile, I want to stress that the government should take the issue of good-governance, austerity measures and transparency seriously to ensure the success of the aforesaid programs.

How do you take United Nations Committee for Development Policy’s recent recommendation for Nepal’s graduation from LDC status? What does this mean to a developing nation like Nepal?

It is a matter of pride for us and we should be happy about it. It appears that Nepal will lose some benefits once it graduates to a middle income country (MIC). However, those benefits are not as crucial. Once it graduates to a MIC, that shall impart us with the sense of confidence. The fact that the World Bank has already included Nepal in the list of middle-income countries shall radiate positive signal for FDI. The latest development with the status of Nepal in the international arena could exert pressure on the government to act more responsibly. After all, Nepal’s graduation to MIC is the matter of pride with some positive benefits for the economy. 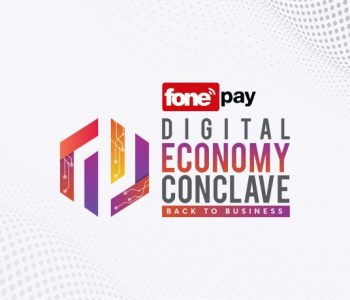