KATHMANDU: The Department of Revenue Investigation (DRI), which has completed investigation against Bottlers Nepal Limited, a multinational company that produces and sells Coca Cola in Nepal, is preparing to file a case against the company on the suspicion of evading tax.

The investigation carried by DRI has revealed that Bottlers Nepal Limited has evaded Rs 2 billion in capital gains tax.

The department had been investigating the case since last year on non-payment of capital gains to Nepal when the shares of foreign investors in Bottlers Nepal Limited were bought and sold abroad.

According to a source, Coca Cola Southwest Asia Holdings Limited, one of the main investors of Bottlers Nepal, had sold a large amount of its stakes in the Nepal-based company to Bottling Investments Group. But the company has failed to notify officially the government authority concerned in Nepal, just to evade tax.

Bottlers Nepal has an issued capital of Rs 430 million and a paid-up capital of Rs 194.80 million. Three-fourth of the company’s capital is held by the foreign companies while the rest of the shares is in the name of domestic investors that include 22 percent from the Khetan Group. 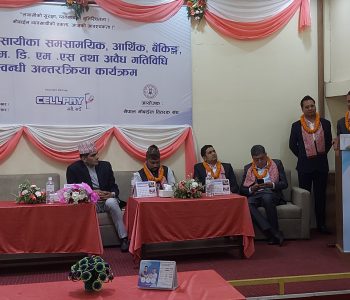