KATHMANDU: In a historic achievement, mountaineer Sheikha Asmabint Thani al-Thani has become the first Qatari woman to reach the summit of Mount Everest.

“A new historic achievement, mountaineering legend Sheikha Asmabint Thani al-Thani has become the first Qatari woman to reach the summit of Mount Everest. The Qatar flag has been raised on top of the highest mountain peak on earth, at a height of 8,849m,” Qatar Olympic Committee (QOC) tweeted yesterday.

Recently, Sheikha Asma became the first Arab to reach the summit of Mount Kangchenjunga – the world’s third highest mountain located between Nepal and India at an elevation of 8,586m. In January, she had become the first Qatari to ski to both North and South poles.

In an Instagram post, Sheikha Asmasaid: “Everest – a dream I have been working on for quite some time.
Don’t be shy to dream big. Once you do, you have a commitment to do everything you can to make it happen. Where there is a will there is a way!” I can’t do the mighty Everest justice with things I could say but it has taught me so much. It has taught me that no matter the struggle, what you want and how much you want it matters.” 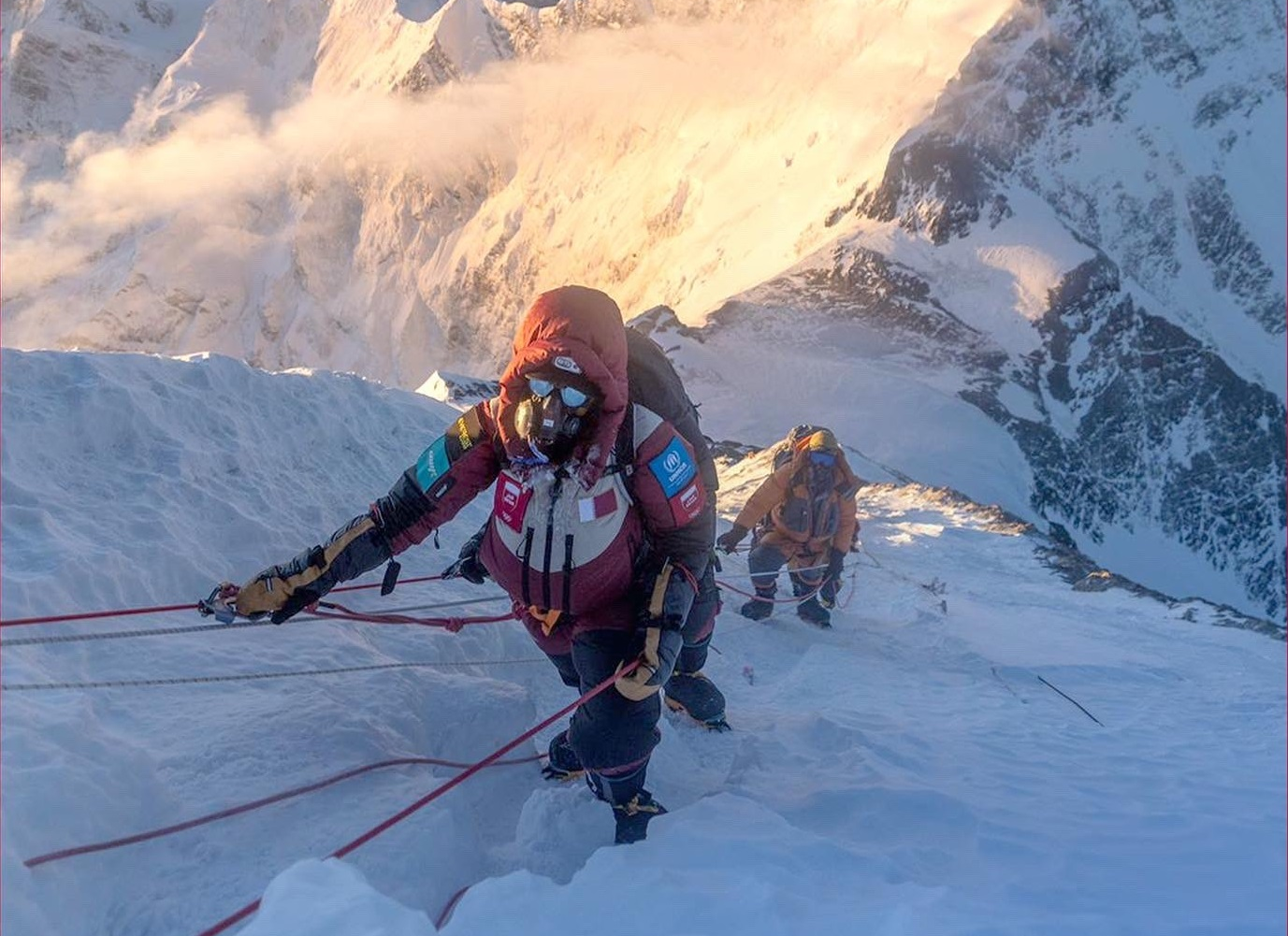 She continued, “It should be what you think of when you wake up in the morning and right before you sleep and dream. It’s not only about thinking but also doing everything in your capacity to make your dream a reality.

“Most importantly, surround yourself with people who believe in you, who support you and understand every step you take. In the end, you realise it’s not about you. It’s people you do it for and it’s people that make it happen for you. This one goes to all the dreamers who I hope get a little inspiration from me to push a little higher. And for all who helped me push a little higher.”

Sheikha Asma is attempting to become the first woman from the Middle East to complete the Explorers Grand Slam, which involves climbing all Seven Summits (Mount Everest, Aconcagua, Denali, Kilimanjaro, Vinson Massif, Puncak Jaya and Mount Elbrus) and reaching the North Pole and South Pole. She has now completed seven of the nine challenges — Kilimanjaro in 2014, the North Pole in 2018, Aconcagua in 2019, Mount Elbrus in 2021 and Vinson Massif, South Pole and Mount Everest this year.