KATHMANDU: The Ring Road’s Green Belt built and maintained by Ncell Axiata Limited as a part of its Corporate Social Responsibility (CSR) initiative has been inaugurated on Tuesday.

The company has been taking up the responsibility for building and maintaining the greening of the Koteshwor-Kalanki Ring Road stretch in collaboration with the Department of Forest and Soil Conservation (DoFSC). Under this project, Ncell has already completed landscaping and building the green belt area and has been maintaining greenery in the 10.2 km stretch.

The project has transformed the stretch into an exemplary green area, fostering the clean and green Ring Road. Under this project, Ncell has contributed to tree plantation besides landscaping, ensuring the maintenance of the green belt stretch.

Ncell will take care of the green belt until 2024 with an aim to greatly benefit the people, community, and the environment.

Addressing the inaugural program, Andy Chong, Chief Executive Officer of Ncell said, “We are delighted to contribute towards a healthy environment for people and community in line with the government’s objectives linked with Sustainable Development Goals (SDGs) and our Axiata Group’s aspiration of Net-zero carbon. We are thankful to the DoFSC, Lalitpur Metropolitan City, Kathmandu Metropolitan City, respective wards, and other stakeholders. It has been a great example of public-private partnership and how we can collectively realize projects like these.”

Dr. Rajendra KC, Director General of the DoFSC said, “It is a great achievement that we have been able to keep 100 percent plants of this stretch alive with some replacement against the commitment of 90 percent. 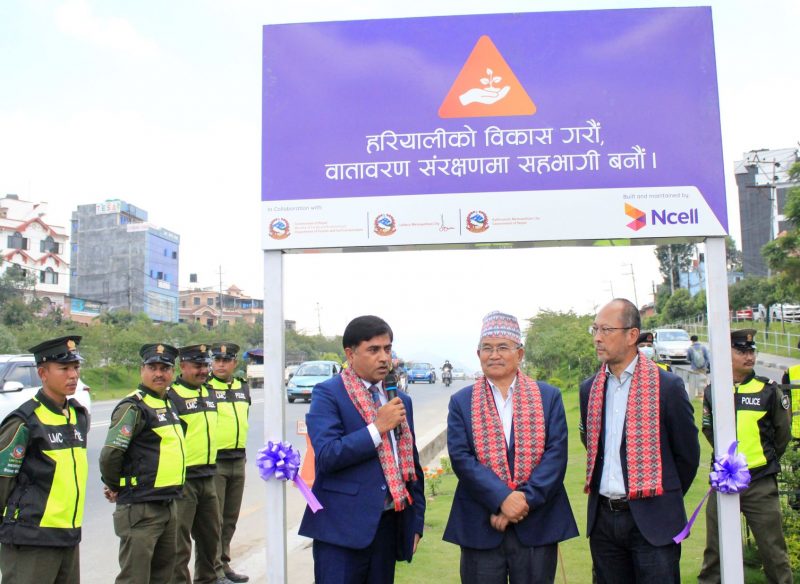 As a responsible corporate citizen, Ncell has been placing top priority on climate action and the environment apart from the education and health sector to contributing to the government towards achieving environmental goals under the Sustainable Development Goals (SDGs). 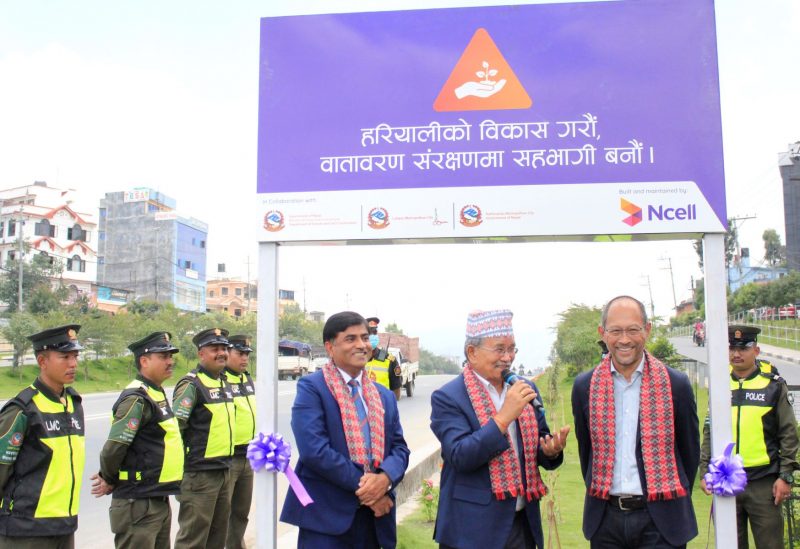 The environment is also one of the CSR areas defined by the government in the Industrial Enterprise Rules 2019 for taking up social projects.

Ncell has made a significant investment of more than NPR 1.65 billion in various social projects, contributing to the socio-economic development since its inception in sectors including areas like Health, Education and Environment, Disaster Preparedness and Response, and Livelihood Support among others with a primary focus on three main areas Health, Education and Environment as core areas.

Economy is on the mend: NRB