KATHMANDU: Two sets of rails with one engine and four wagons have reached Janakpur today. According to the Department of Railways, the two sets of trains have finally arrived in Janakpur.

The rail’s engine and wagons had been parked at the Hajipur station in Bihar for months as the railway track on the Nepal side and other necessary works had still not been completed.

The Department of Railways has purchased two sets of trains from India for around Rs 846.5 million.

Balaram Mishra, director general at Department of Railways, said, “Both sets of trains entered Nepal from Jayanagar and after a while both the trains will go back to India again.” He said that parking lots will be set up at four places including Jayanagar, Inaruwa, Khajuri and Kurtha.

According to the officials of Nepal Railway, regular service will be started within a month if everything goes according to plan and the situation that has arisen due to the coronavirus pandemic normalizes.

It has been more than two years since the 34-km broad-gauge track from Jayanagar to Kurtha was completed with financial support from India.

The train service will be operated on the Jayanagar-Janakpur and Kurtha routes. Work is underway to lay a railway link at a distance of 17 km from Kurtha to Bijalpura in Mahottari. A narrow-gauge railway track was constructed from Jayanagar to Bijalpura in Mahottari during the British rule in India. The Indian government will construct the broad-gauge rail line along the same route of the narrow-gauge line.

The final test operation of the 34-km-long Janakpur-Jayanagar railway was conducted successfully in November last year. 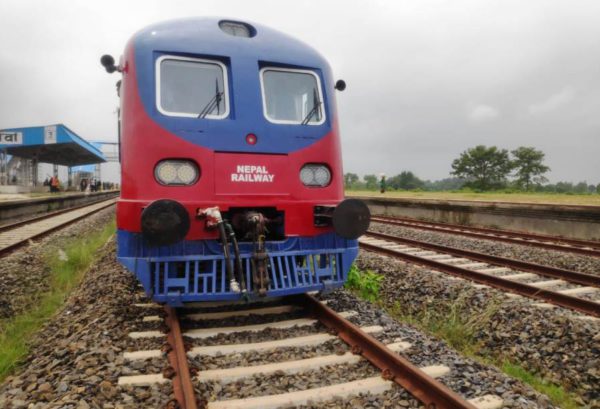