Among these eight banks, NIC Asia Bank has the ability to distribute the highest dividend.

Similarly, the dividend capacity of Global IME Bank is 13.45 percent. The company distributed 10 percent bonus shares and 3.50 percent cash dividend to the shareholders from the previous year’s profit. In the fourth quarter of last year, the distributable profit of the company was Rs 3.19 billion.

In the meantime, Sunrise Bank has the lowest dividend yield of 2.53 percent among the eight commercial banks that have released their financial statements till date. The distributable profit of this bank till the fourth quarter of last fiscal year was Rs 25.61 million. 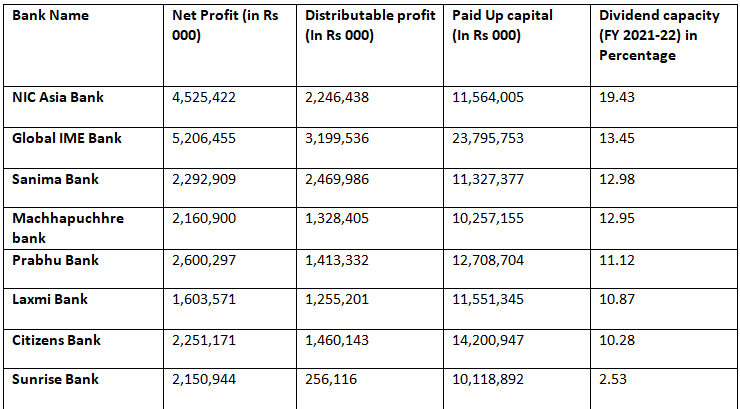