Nepal and the State of Qatar established diplomatic relations on 21 January 1977. The cordial and friendly relations between the countries based on mutual trust, respect, understanding and cooperation gained momentum on 11 July 2000, when Nepal established its Embassy in Doha. The relations were further cemented with the setting up of the Embassy of the State of Qatar in Kathmandu in August 2011. Qatar has been one of the popular destinations among Nepali migrant workers over the past two decades. Nepal-Qatar relations have continued to grow over the years encompassing different areas of mutual cooperation. Against this backdrop, Sujan Dhungana and Umesh Poudel of Fiscal Nepal talked with Qatari Ambassador to Nepal Yousuf Bin Mohammed Al-Hail on various dimensions of Nepal-Qatar relationship. Excerpts:

It has been more than four decades of bilateral ties between Nepal and Qatar. How do you evaluate Nepal-Qatar relationships?

Since the inception of the relations between Qatar and Nepal in 1977 it has been growing, it is based on mutual friendship and common interests of the two countries to develop and strengthen these relations, my evaluation is that the relations are going in the right direction with signing of several agreements, and some other agreements under study. The labor relationship is an example of successful cooperation and the two sides sign the update of the Labor agreement soon, and I look forward to expand in other sectors also.

In what areas are the two governments working together?

The labor sector is a good partnership, the State of Qatar appreciate the efforts of the Nepali workers, and we’ve signed agreement of agriculture and food security which is an opportunity for the two countries and would be even more useful when the protection & promotion of investments MoU is signed, however now we’ve Nepali export of agricultural produce to Qatar not in big quantities but it’s a good start which can be further strengthened.

It is attractive because Qatar has updated the labor law to the best standards the guarantee the rights and interests of the workers, with abolition of the (Kafala) sponsorship system now the workers can change jobs without having to leave the country, and specifying minimum wage level, and establishing Qatar Visa Center to make the right procedures available. 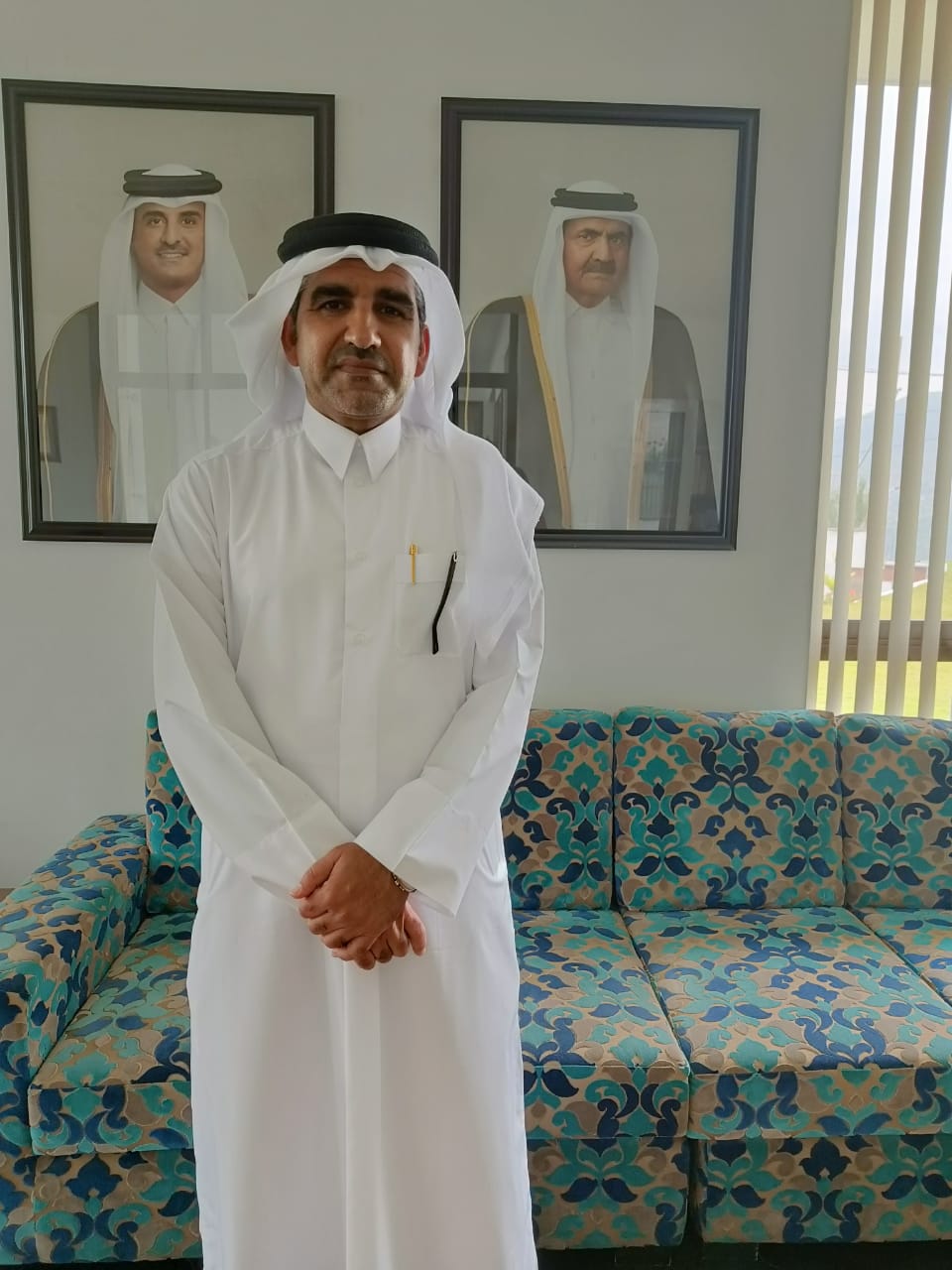 In recent visit of Minister of Labor to Qatar, the two governments reached an understanding to review the bilateral labor agreement. What aspects of labor agreement need to be reviewed/ renewed?

I will not go into much details as the agreement is being reviewed now, the agreement has had been signed in 2005 that was a long time ago many developments has happened in the labor sector in the two countries and update is needed, therefore the joint labor committee has agreed to revise the agreement, the committee met Nepal in December 2021 and discussed the labor agenda, and Hon’ble Minister visited Qatar in March 2022 conveyed the Nepali viewpoint to the ministerial level, the draft of the MoU presented by Govt. of Nepal is being studied and will be signed after review to address the mutual interests of the two friendly countries.

Despite huge trade potentials, Nepal- Qatar trade has not fostered notably. What is impeding the trade between Nepal and Qatar?

To increase the bilateral trade is a continuous objective we’re working on it, Qatar is ready to cooperate with Nepal in commerce, the chamber of commerce of two countries has signed agreement with the goal to have more relations among the private sector in Qatar and Nepal, I think participation in trade exhibitions in the two countries would be a good opportunity and having joint business council with FNCCI would boost the chances of bilateral trade, Qatar Chamber of commerce submitted a draft MoU to FNCCI for this purpose.

Qatar Airways have one of the highest flights to and from Kathmandu. However, Nepal and Qatar seem to have failed to explore tourism prospects between the two countries. Why?

We don’t say failure it is a continuous process, after reduction of Covid-19 risk, Nepal has revived the sector and government targeted one million tourists in the coming fiscal year I think that’s target would be realized, Nepal has attractive tourist capacities, we’ve Qatari visitors to Nepal, just recently Sheikha Asma Al-Thani has summited mount Everest, she has climbed many Nepali summits, this is reflected in the Qatari media and definitely has positive effects, Qatar Tourism authority is interested to invest in the tourism sector and contacted ministry of Tourism in Nepal and hopefully further steps would be reach for the benefit of both countries.

Nepal has recently started operation of its second international airport in Bhairahawa. Does Qatar Airways plan to operate direct flights to and from Bhairahawa?

Yes, Qatar Airways is interested to operate flights at Gautam Buddha International Airport for passengers and cargo. Also Qatar airways has contacts with Nepal Airline the national carrier to cooperate in the fields of maintenance and code sharing and other aspects based on the Air Service Agreement of 2002, and steps from the Qatari side to update the Agreement. 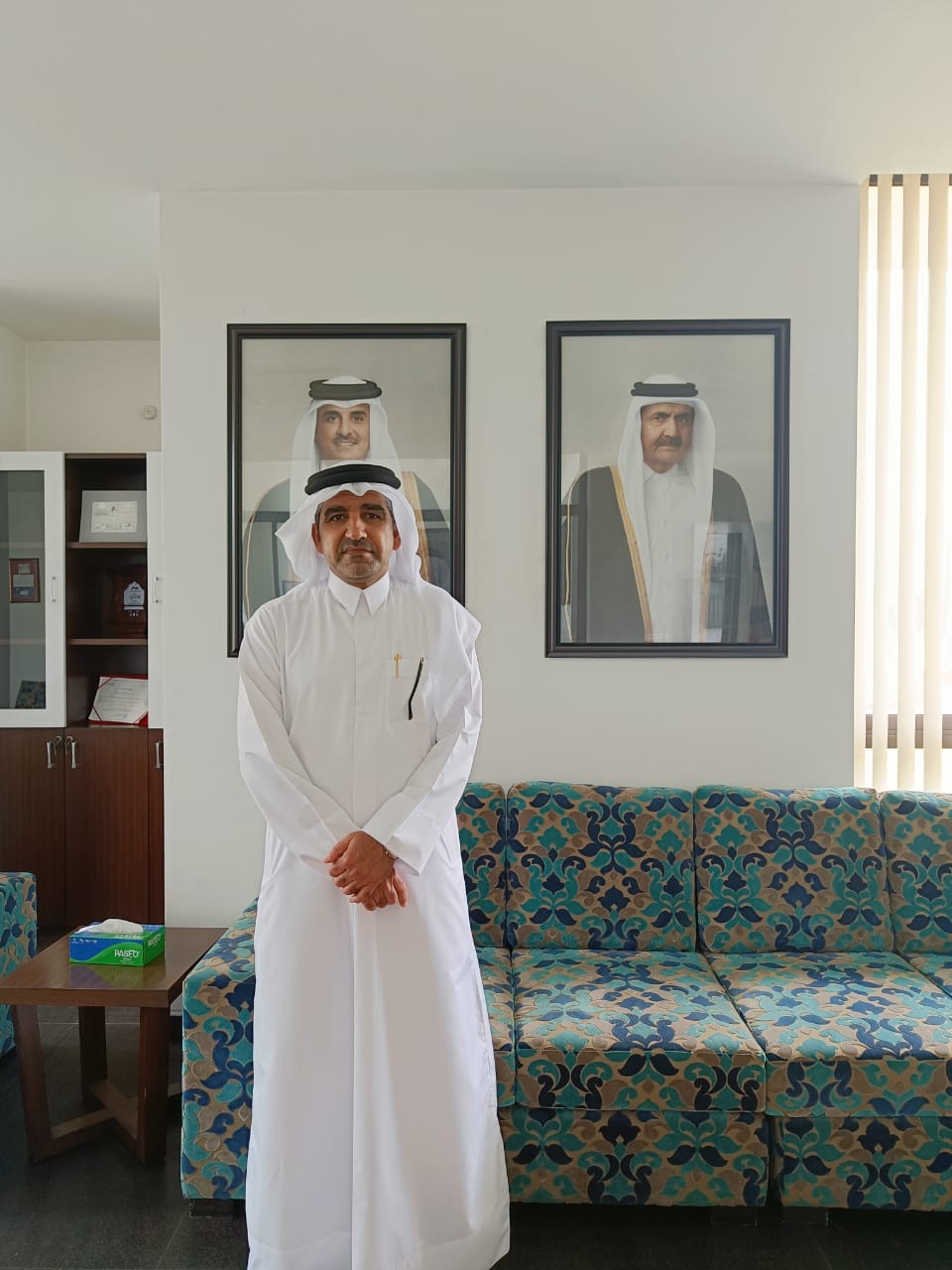 Qatar has progressed a lot in terms of development while Nepal is much behind. Why do you think Nepal is lagging behind development? What are your tips for speedy and sustainable development?

Nepal is a country endowed with many types of resources, I think the government strategic plans and delivery of national pride projects and work of the national planning commission will have a direct effect to the speedy development of the country, when I compare the country during the last five year there’s remarkable development, threre’re more roads, stable power supply, Nepal was successful in reducing significantly poverty rate, what is needed is to increase the direct foreign investments in infrastructure such as hydropower.

What is your view on Nepal-Qatar investment prospects?

Qatar has submitted the protection and promotion of investments MoU and the Nepali Ministry of Commerce, Industry and Supplies and the concerned authorities are reviewing the draft to fianlize the MoU, this agreement is important for the Qatari public and private sectors to involve in different investments in Nepal, Qatar is interested in Agriculture and Tourism sector among other projects.

Qatar is hosting the soccer World Cup 2022 in November. How is the preparation going?

The state of Qatar has completed all the preparation related the 2022 world cup, we’ve the honor to organize such a global event in our country we’re really proud to bring the event to our region and to Asia as a whole, as H.H. the Amir said on 23/5/2022 in Davos Forum that this edition of the world cup in Qatar “will be special one, we believe sport is a tool for positive change to promote tolerance and respect, empowers- youth and inspires unity”.

Foreign investment up by 18 percent in last one year