KATHMANDU: Despite prolonged liquidity crisis and the slowdown in economic activities in the country, the profits of commercial banks have increased notably in the last fiscal year. Although business of banks was affected in the fourth quarter of last year, business expansion of banks in the first, second and third quarter of the last fiscal year had a positive impact on the profits of the banks.

Similarly, in the fourth quarter of last fiscal year, it was easy to keep the financial statement positive as banks stopped investment and focused on recovery. The banker further said that interest income, return of funds for risk management, etc. also contributed to increase the profit. 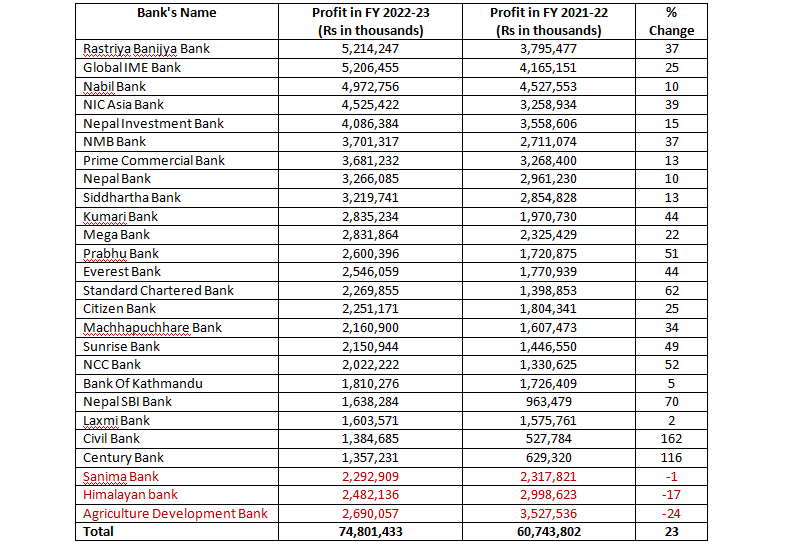 Two and a half billion trade loss in two months