Speaking at the program, Finance Minister Janardan Sharma said that foreign direct investment and remittances are of great importance to save the country’s economy at the present time when the foreign exchange reserves have decreased significantly.

Finance Minister Sharma has requested the non-resident Nepalis in Korea to invest in Nepal and to facilitate for bringing in foreign direct investment of Korean investors into Nepal.

“Foreign currency reserves have decreased in the country now. The bank and financial sector is facing liquidity problem. In this current situation, you should facilitate for the foreign investment into Nepal and help to receive remittances through formal banking system opening of accounts in Nepali banks in foreign currency,” he said.

Stating that Nepal needs domestic capital as well as large amount of foreign direct investment for rapid economic development and prosperity, he urged the Nepalis in Korea to take the initiative to introduce foreign investment and new technologies in the country.

Chandra Prasad Dhakal, Senior Vice President of the Federation of Nepalese Chambers of Commerce and Industries, and Chairman of Global IME Bank, has urged non-resident Nepalis to invest in Nepal with confidence and to open foreign currency accounts in Nepali banks.

“I would also like to request the non-resident Nepali friends here and Non-resident Nepali Association, come, let’s join hands and move forward together. The country’s prosperity is possible only through your cooperation. Help to introduce technology and investment in Nepal. We are ready to protect your investment by creating an investment-friendly environment in Nepal,” he said.

“As the senior vice president of the umbrella organization of the private sector, chairman of Nepal’s largest bank and chairman of a business group of Nepal, IME Group, I would also like to request you to confidently bring in investment in Nepal and create an environment for it.” 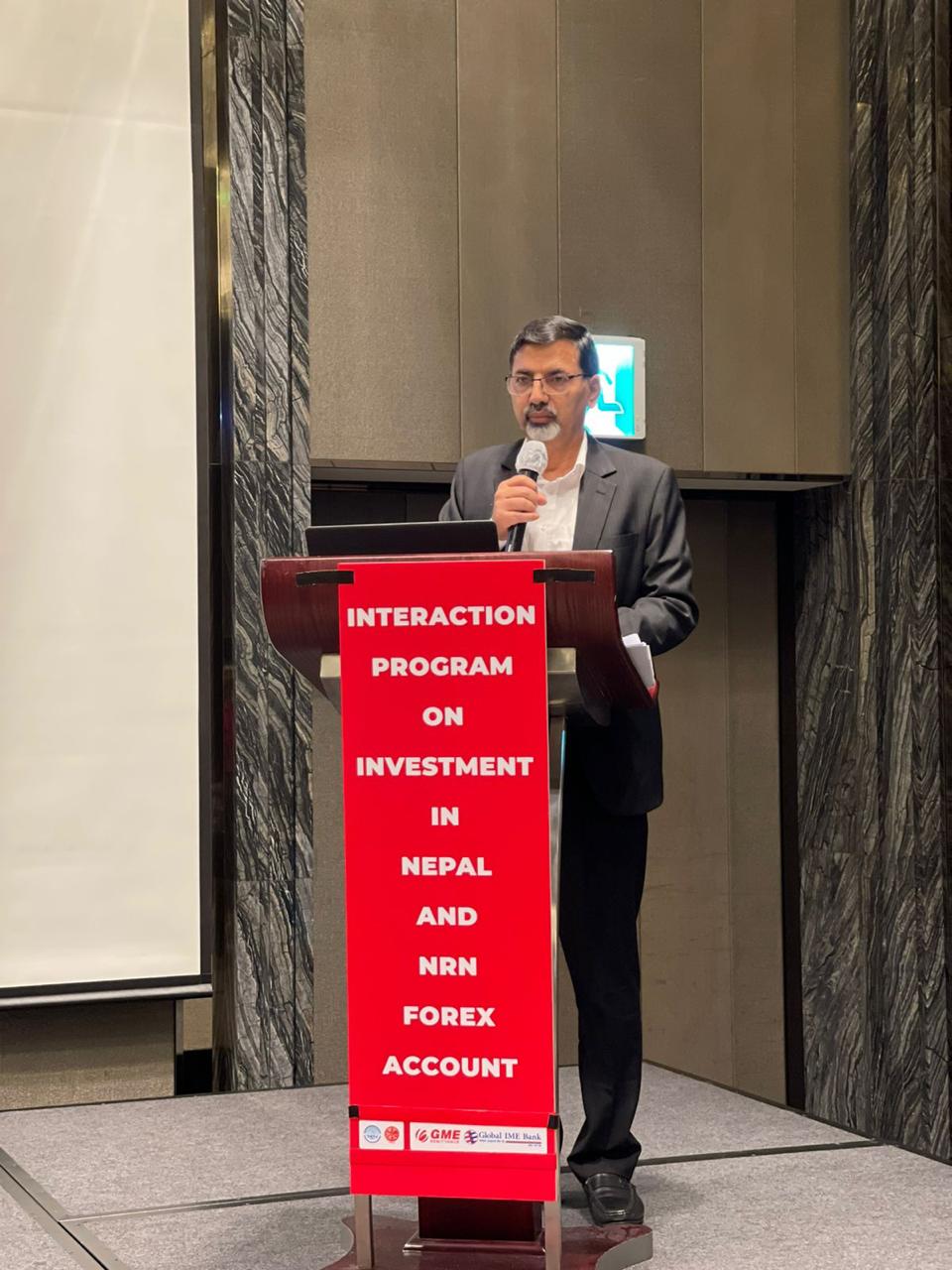 Stating that IME Group has completed the construction of 27 MW Dordikhola hydroelectric project in Lamjung in collaboration with NRNs, he said that tourism, cable car, hotel, hydropower and many other projects are in the pipeline.

He said that Global IME Bank has started the process of establishing its branch office in Seoul and waiting for the approval from the regulatory body of South Korea.

Lee Sangheon, member of the National Assembly of the Republic of Korea, said that there was a lot of potential for investment in Nepal and said that the South Korean government and private sector investors are ready to invest in Nepal’s various potential areas.

He said that the government need to devise private sector friendly policies so as to lure private sector investment.
Lee, who is also the chairman of Nepal-Korea Parliamentary Affairs, said that he would facilitate Korean investors to invest in Nepal’s potential sectors.

Representatives from various committees of NRNA Korea, Nepali community in Korea and other dignitaries participated in the event. The event was co-hosted by NRNA Korea.

Two and a half billion trade loss in two months